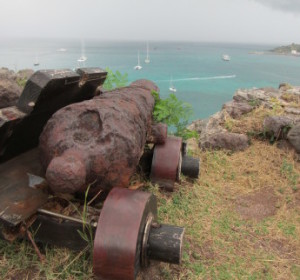 AS I SIT gazing through the east-facing window of Terminal A of San Juan International Airport, Puerto Rico, yawning at the sun lifting itself above the tropical palm trees on the skyline, bracing myself against the icy breeze of the over-enthusiastic air-conditioning, I feel in-between things – in no man’s land.  What if I’m out of my depth. Should I have made a smaller step rather than jump, both feet into the Caribbean yacht world? The runaway train of automatic thinking had broken loose from its couplings and I remind myself to let them go and return to awareness in the present moment.

8 hours is a pretty long wait for a connecting flight but some sleep here, a bit of a read of Hunter S Thompson’s Rum Diary there, and a wander over to the window opposite as the sun slides overhead towards the western horizon and the day quietly passes punctuated by safety and security announcements threatening to destroy my possessions.

After a 2 hour delay, announced in 4 irritating bite-sized 30-minute segments, not knowing how many of those there would be, the final leg to Sint Maarten was underway. 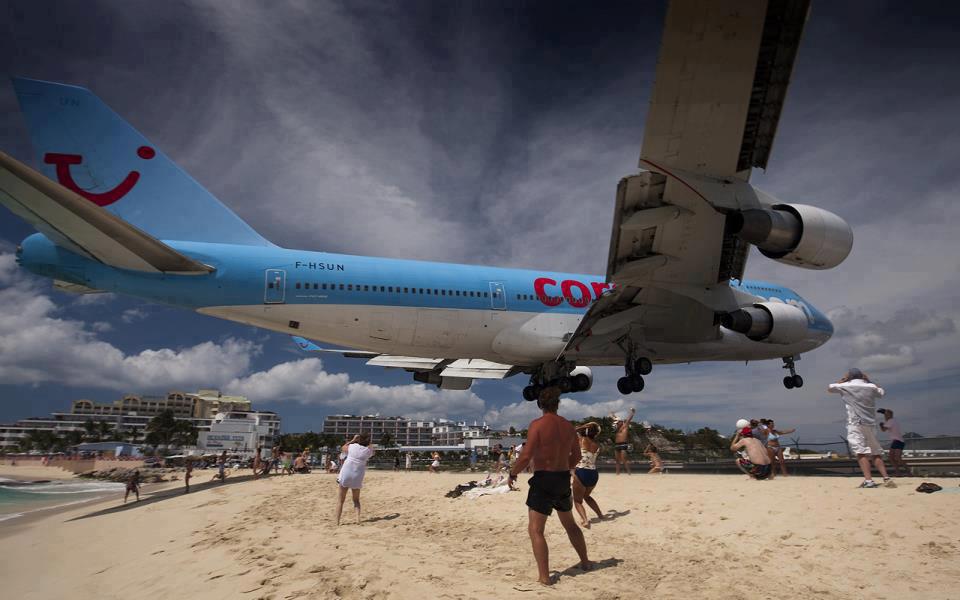 The aircraft window framed briefly the famous Princess Juliana international airport where the planes skim the beach to land at Sint Maarten. The sun was sizzling on the horizon as I started walking along the airport road towards Sint Maarten Yacht Club. Sint Maarten is a small island, how far could it be? It was dark by the time I had arrived at the yacht club and I recognised Elaine from her social media photos. After brief introductions over a small Heineken we were skimming the water in a 9.8hp dinghy to Glee’s mooring on the French side of the lagoon. A quick tour of the boat and a return jaunt to get Elaine back to shore and I was skimming back alone through the anchorage and under the causeway hoping I was following the same waypoints back to Glee.

I was here; 22 hours since taking off from Houston Intercontinental. What if I’m out of my depth? Should I have made a smaller step… and with the thoughts rattling away out of tune with the wind in the rigging and the water lapping at the hull, I fell asleep in the dusky damp Caribbean humidity and the aroma of ancient sailboat filling my nostrils.

This must be how amnesiacs awaken, I half expected to be back home in the UK but I had a vague idea of where I was and I recognised some of these things on the boat but the unfamiliarity with so much all at once was disturbing and hardly believable. New to sailing. Seriously sailing, not just pottering about on the Solent or RYA courses, I knew no-one here. This was home now – almost too much to deal with at once. A kind of ‘Robinson Crusoe’ moment. I’d have to readjust to my surroundings.

“Just a matter of time is all it is, relax, settle in… I could always sell up and go back to… where? No rush, I have time… and the thoughts recede as I step out on deck and admire the tropical sunrise across the lagoon. I have realised a dream and ticked off a major goal. What now?….

I needed a new plan… no rush, settle in first, I have time…

Previous post: A Gleeful Step Into Uncertainty: Chasing a Dream