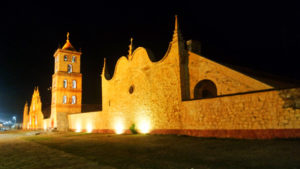 300KM… IT LOOKED A tall order to start with and now it was officially afternoon and I’ve only knocked off 25km. Whatever… If I have to sleep in a field then so be it.

1 pm on the ring road. The traffic is busy enough to be stop-start. The midday sun is on my left shoulder as I head east. I estimate that when my shadow is in front of me then it’s time to look for the junction for route 4 east. 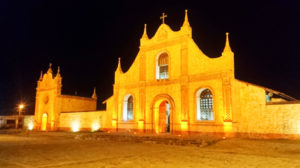 At the traffic lights, I notice a horse and cart at the curb and think “How quaint.” The lights change and the truck moves off and I almost run into the back of it when it slams on its brakes to avoid the quaint horse and cart merrily trotting across the dual carriageway.

My shadow moves ahead of me and I stop to check the sat nav. Route 4 is 200metres ahead. Eastbound on the ring road, the traffic begins to thin and pick up speed. The cityscape takes a long time to dissolve into the countryside. So slow that I don’t notice when the buildings have all gone, replaced by fertile green fields on plains reaching far beyond the flat horizon.

Flat plains foster straight roads and I was maintaining a steady 80kmh at ¾ throttle.

I reach behind to check for my water bottle. Gone! It must have jumped out of its tethering when I hit the speed hump that I noticed far too late in the last town. 180Km, my neck is getting stiff, I notice the fuel gauge at 2/3. 120Km to go. The gauge lies. I know the needle starts to plummet below the bottom half.

The straight level road has been paved all the way with very little traffic. I’ve kept the speed below 90km and watched the kilometres roll away at a rate unknown in the mountains. 60Km to go and the gauge is below a quarter. The best range from this level, I’ve managed so far, is 40km. The last town was 20km behind me and I’m concerned now. All I can do is watch the needle drop and count down the kilometres. “El Certo 8,” a sign tells me. The village is either hidden or so small I miss it. Another sign, “Quimome 10km” 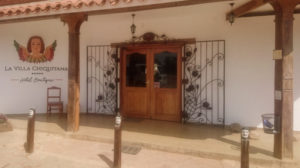 I pull over in Quimome and ask at the store about ‘Gasolina’ he points to the turning I’d just passed on my right but don’t understand what he’s saying. I notice the water bottle hanging by the left-hand pannier and refresh myself with a long slug of water before I go to three more locations in the general direction of the fuel, venturing away from the main road along a dirt track, into the village. A small handwritten sign hangs from the porch of a cabana on the corner of the street. I strike gold with four 2 litre bottles of petrol at 10bob a bottle.

I stand the bike upright off the side stand to squeeze in the last of the 8 litres and weave my way around the potholes back to route 4, thanking the people that helped along the way with a hoot and a wave. So I now have a rough range of a tank on a straight level road about 280km guessing the last bit of needle on the gauge. I leave my jacket unzipped for the air to help dry the sweat down my back. I’ve noticed the temperature rising, the further east I go, even with the cooling effect of the airstream.

I roll into San Jose de Chiquitos just before sunset. I didn’t expect this kind of progress. My average speed must have been about 65km/h, way above the usual 40 or 50. 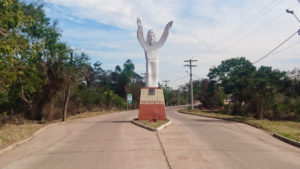 Hotel Villa Chiquitana has rave reviews on iOverlander. The lobby is immaculately clean and the place looks a cut above the usual standard I’m used to. Jerome the owner, tells me they no longer accept tents, as they have caused so much trouble, and directs me to Balneario el Quebracho. “You can’t miss it, there’s a giant white Jesus in the middle of the road, it’s just past that…” 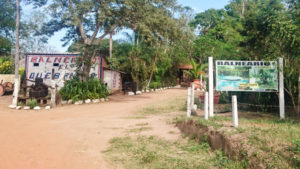 I set up and rest in the tent until dark before taking the 1km stroll into the Plaza. On the eastern side, the Jesuit mission is warmly illuminated in a sepia orange glow, rekindling romantic memories with my fiance when we visited the Alamo in San Antonio, Texas… an age has passed since then… another life ago.

The plaza is a beautiful expanse of tree-shaded openness, crying out for a perimeter of quality cafes and restaurants. Instead, a single side to the south boasts budget fast food of the usual chicken, rice and pizza. Set away from the strip on the western side is La Tortilla, serving Tacos, Burritos and Nachos.

Settling down in the tent, the night is comfortably warm. I’m too tired to read and I lay back to listen to the serenade of the chirrups of the creatures of the night, plus the bugle sounding a plaintive post from the military base just down the road. A distant dog howls its own response out of the darkness. 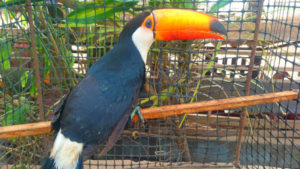 I awake just before dawn, not because of the cold but due to a menagerie of animal noises, cockerels by the busload, the caw of a toucan, unknown tropical songs together with collective shouts from the infantrymen on the training ground. Just after the sun casts leafy shadows over my tent, I open the door and see the mosquitos dance up and down the fly screen. A horse trots by, untethered and unencumbered by harness or saddle. A circular saw screams in the near distance. It’s clear in the warm tropical light of day that this place is undergoing a refurbishment. I appear to be the only guest. I don’t mind. I promptly pay for an extra night…

Once washed and dressed, I pack my laptop in the satchel and walk up to the plaza in mosquito armour of fleece and jeans under the midday sun. I feel the sweat trickle down my spine. The mosquitos seem to avoid the street but I don’t take the trouble to take my fleece off, instead moving from shade to shade along the street up to the central plaza. 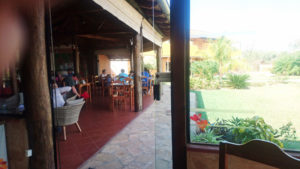 I’m looking for a place suitable for uploading a blog and the plaza isn’t it. I walk an extra kilometre down to the hotel I visited yesterday. Hotel Villa Chiquetana. Electric, Wifi and decent coffee. I choose the corner table in the restaurant next to a mains socket. Windows border both sides a view to the patio area of the restaurant and the other looking out across the lawn toward the pool. Indoors being only marginally cooler than outdoors became a haven of solitude and productivity for the rest of the day. 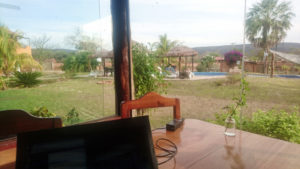 My second visit to La Tortilla for Mexican fare cemented a good friendship with the proprietors. I think they don’t see a lone gringo on a motorcycle stop by very often.

I’m up at eight the next morning and pack away well in time for the 10 am England Belgium 3rd place playoffs at the Hotel Villa Chiquitana. I secure an early seat. No-one else joins me. The patio is mine and the cashier’s, who occupies herself sweeping the breakfast crumbs from under the tables. I take advantage of the WiFi and comfort until 14:00. Kilometres need vacuuming up fast to make my Bolivian visa deadline at the Brazilian border by the 17th of July. Today’s the 14th plenty of time in hand…