The Kindness of Strangers 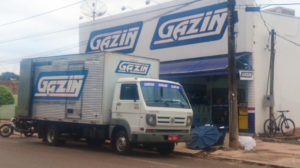 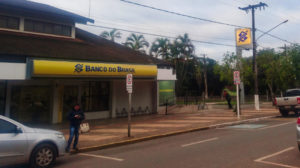 Now, where do you go to change currency? I know, Banco do Brazil, money is their business, they’d have some… The receptionist recognises me from before and says “No, no Western Union.” I take out the currency from my fleece pocket and fan it out to underline my need for currency exchange but no. I’m directed across the plaza to a travel agent. The travel agent shakes his head and points up the street. “Hotel Paraiso das Aguas… two blocks” 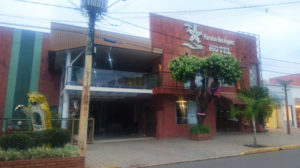 Hotel Paraiso das Aguas is large, spacious and empty apart from a receptionist barely visible on her low seat behind a tall wooden desk. “Senora fala Ingles?” I mimic off my CD course. The receptionist disappears down a corridor, her footsteps echoing off the hard ceramic surfaces, and returns with a young English speaking woman. I explain my plight and show her my currency. She asks me if I have 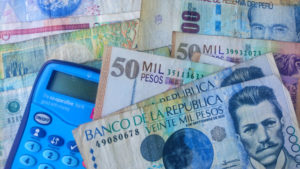 American Dollars before taking pity on me and phoning her husband to check my selection. She accepts the €50 but rejects the rest. This far from the border, Peruvian and Colombian currency is simply worthless paper, like Monopoly money. Their value is only supported by communal belief and their communities aren’t powerful enough to project their belief this far. I leave the hotel with 185 reais and a heartfelt “Good luck” from the young woman.

The banks back in the UK told me they could only send the cards to my home address. They also told me that they could send emergency cash, “Yay!” But I’d need my debit card to collect it, “Groan!”

Could they send the card to an Embassy? No, they couldn’t. However what they suggested they could do – something that I’d thought of but felt would be laughed all the way out of the messaging system – is change my home address to the hotel I was staying at in Brazil. Fine, do that then…

Something that initially needed ID and a utility bill, and a visit to a branch in the UK now apparently became possible because I was communicating through the online banking secure messaging system.

With the debit cards now supposedly on their way, I could relax and turn my thoughts to other things. I relayed my story to Tim and Guiliana, an American, Brazilian couple on vacation here with their young son. Tim felt so sorry for me, he took the trouble to drop by the tent the evening before departure and donated 50 reais. He had to be at the airport 3am so this was the last chance to see him.

Clair and Carlos, a German, Brazilian couple – from the Netherlands – on vacation with their family of two daughters and a son offered to take cash out of an ATM in exchange for a bank transfer, which I gratefully accepted. Even paying had become a challenge without a bank card to confirm new payees using the Pin-Sentry security device. An obstacle overcome via my sister as an existing payee and intermediary.

The kindness of strangers exceeds my expectations here. I’ve not even had to ask for help here, It comes as a flood of offers as I share my story. Something that I haven’t experienced for decades back in the UK… you know, back in the times when neighbours used to talk and look after each other… 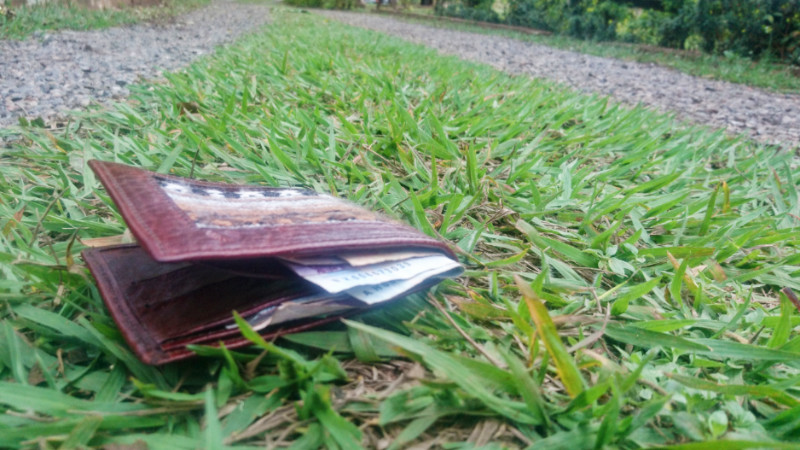 How To Protect Your Money Abroad

What To Do If You Lose Your Money Abroad

Previous post: All Quiet On The Western Union Front