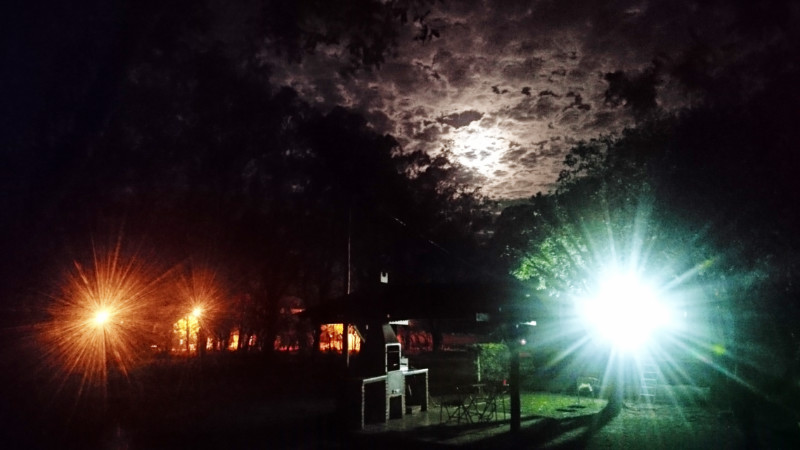 TODAY WOULD HAVE been my 27th wedding anniversary, 5th October. Where would I be now if my wife hadn’t set me free? Where does the time go? My birthday yesterday too. Anyway, there was no way I would think I would be another year older leaving Bonito but that’s the way it goes sometimes.

The prepaid cards arrived the day before yesterday after a misdelivery to a town toward the Iguazu Falls. My Brazilian Visa expires on the 16th October so I’d already set a deadline to leave Tuesday 9th with or without the package. Giving up seemed to allow the cards to materialise. 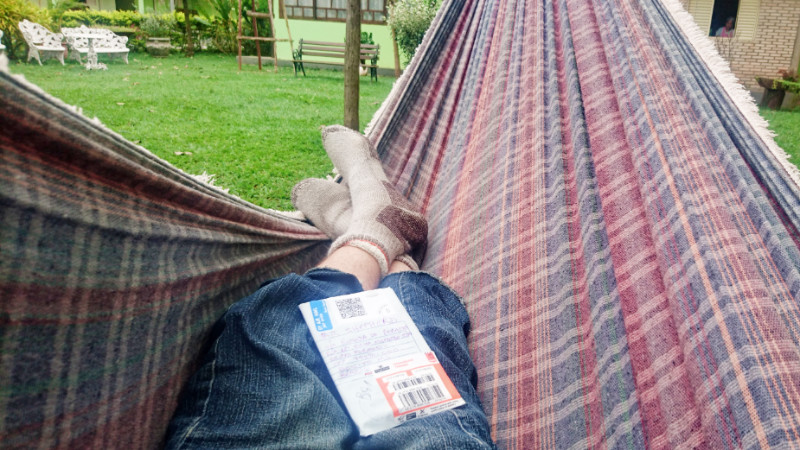 Laying in the hammock under the trees, with the final piece of the puzzle in my hands felt instantly liberating. I could now leave when I wanted, but did I really want to? Pousada Do Peralta felt like home now. Roots were beginning to take hold. Everything I need is here and the staff feel like family. In a way, it would be a wrench to leave.

I don’t like travelling at the weekend so Monday, I’ll go Monday. The plan is to ride to Jardim, snorkel down the river and venture somewhere southbound a day or two later. I need a few items. Brazil tends to be expensive so I’ll hold off until Paraguay. Brazilians border hop to Paraguay for duty-free electronics. My Laptop sometimes refuses to start so I need a backup should it fail altogether. One option is a Bluetooth keyboard to connect to the phone. I can happily keep the blog up to date with that. The bonus would be that it can break my addiction to power sockets. The phone can be charged from the USB socket on the bike. 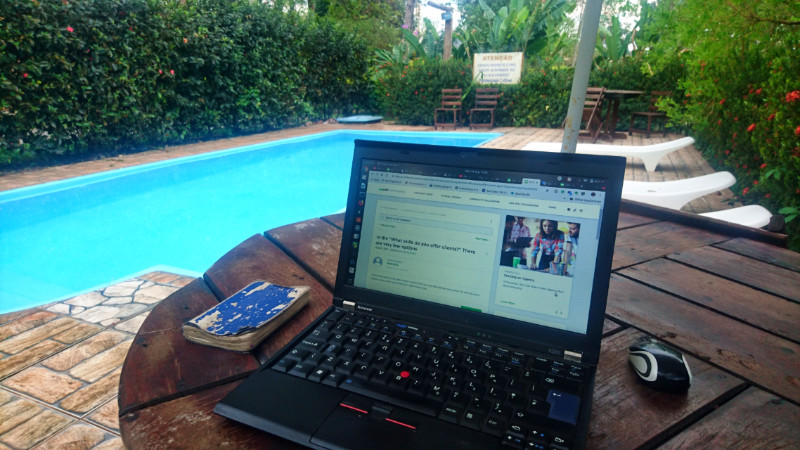 Should the laptops be cheap I could well buy a replacement. What about a camera? what about space on the bike? Yes, it’s a fine balance. 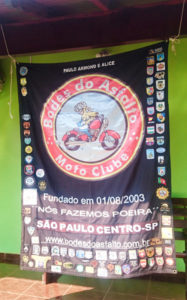 Bonito is noticeably hotter now and stripping off to shorts and t-shirt exposes me to the merciless sandflies and mosquitos. They are so small, I don’t see them around me until its too late so I remain covered as much as possible and suffer the heat.

Last week, the place was heaving with motorcycle groups. I found a wristband on the floor after they had gone so maybe there was a festival in the town. I don’t know, I hardly ever leave the pousada. All I need is right here and the supermarket two blocks away. When the bikers left all was quiet again. I had the place to myself for my birthday. I decided to celebrate for a change but discovered that Vandeia, the groundsman, leaves work at four and it had already gone three so I fired up the bike and cruised down the supermarket to quickly pick up a case of beer.

Three amigos sat on the porch of Peralta reception: Me, Vandeia and Gian. Better earlier with three than later with two, especially with the discomfort of the language barrier. I listened to the musical notes of Portuguese bouncing between the two staff members without understanding the lyrics. Instead, I responded to the birthday wishes on the facebook app instead of smiling blankly in their general direction. 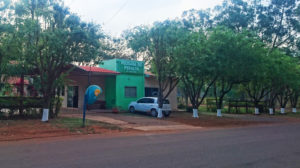 “Chuva” Gian announced with hands up fingers pointing down. That means rain. The sky was still clear but the air felt thick and hot. Vandeia finished his beer and sped off home on his Honda at a quarter past four and Gian returned to the Reception while I stayed racing the dying phone battery to finish my responses. The rain was transported in by heavy black clouds, growling with thunder and washed the heavy air into the ground leaving the evening fresh and clean. 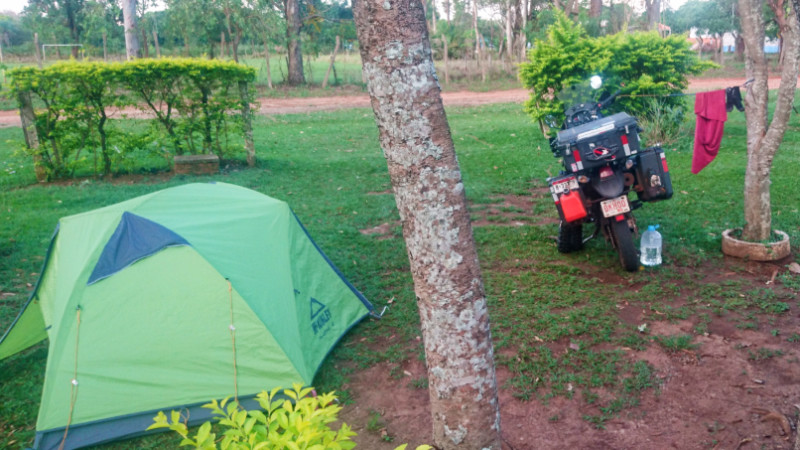 Very few tents come here but Kix Marshall from Kixmarshall.com arrived a week ago and we exchanged notes and took a ride out to the waterfall not so far away. The hot, dry trail billowed red dust clouds with passing traffic and we needed a swim as much to clean up as cool off. 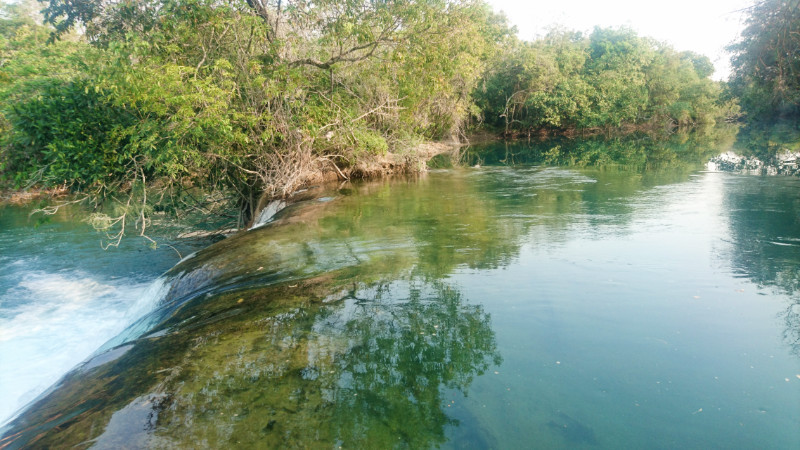 “Are there any piranha here?” I asked. We just shrugged, we’d soon find out. It’s the River Formosa where most of the tours are so I’d presume the most dangerous thing would be the waterfall to our right. These things can suck you in and tumble you under the water like giant washing machines without a chance of surfacing before you drown. 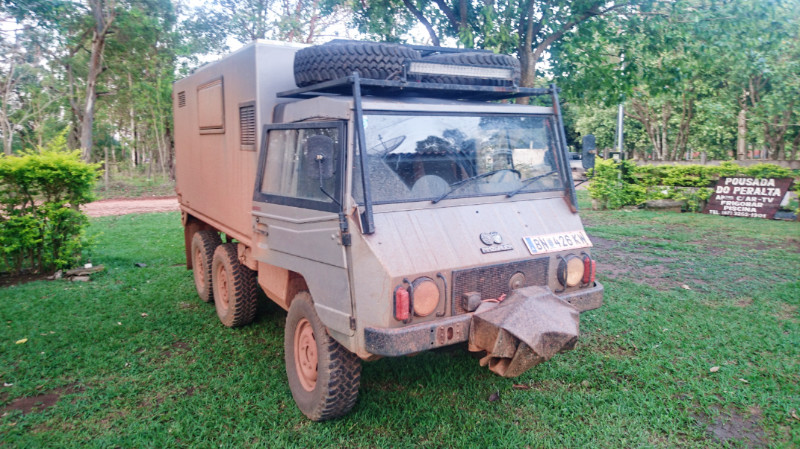 Wilson and Rose were generous neighbours in a full-sized converted coach, feeding me grand portions of Brazilian cuisine, beer and cachaca. You’d think with names like that they’d be European but no. They hail from Guarulhos, Sao Paulo and travel around with their dog and parrot. They spoke a lot but I understood very little of what was said. Hardly any of the words I hear correspond with what I’ve practised with Pimsleur and Duolingo. I Plod on regardless. Pretty soon I’d be back to wrestling Spanish verbs again. 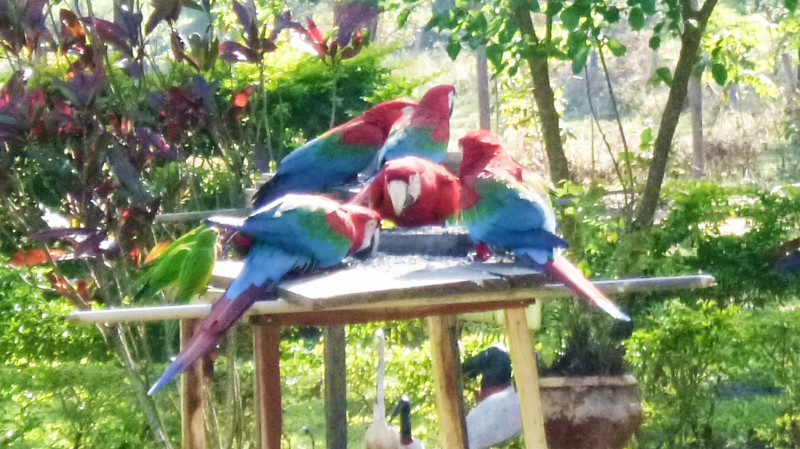 I’ve been here in Bonito for over two moons. I’d watched it wax and wane over the Pantanal sky, twice. Monday would make my stay 70 days when it comes to paying the bill. A lot of good people had come and gone in that time: Germans, Swiss, Canadians, Americans, Spanish, Belgians, Dutch, French, French Guianans, Italians, Brits, Austrians, Australians, Paraguayans, Brazilians, Argentinians and a Turk. 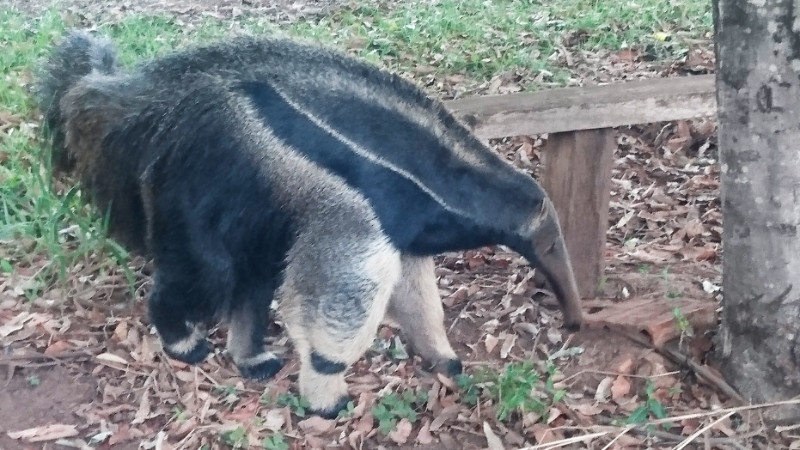 Staying at Pousada do Peralta was as good as travelling for meeting people from around the world. The experiences here too many to mention for a blog post but I’m grateful for everybody’s company and generosity, and in all that time, I never saw one unhappy face or heard a cross word between people… even married couples… 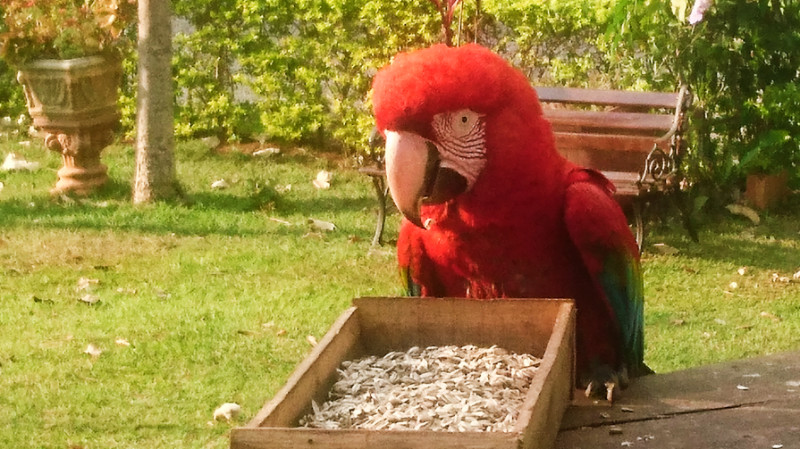 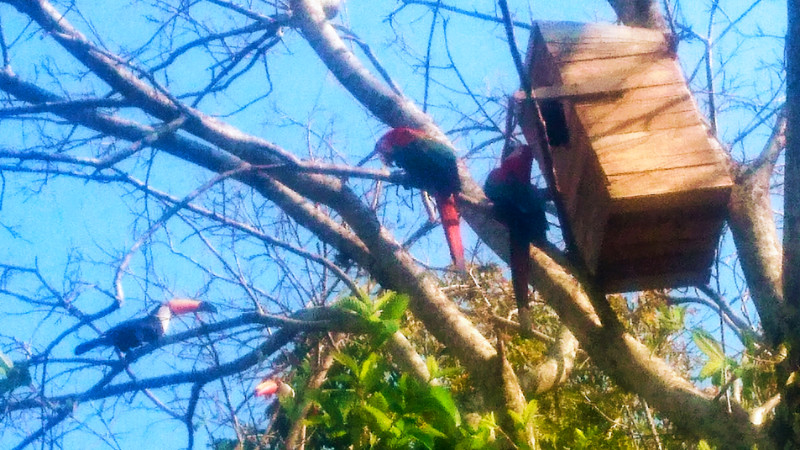